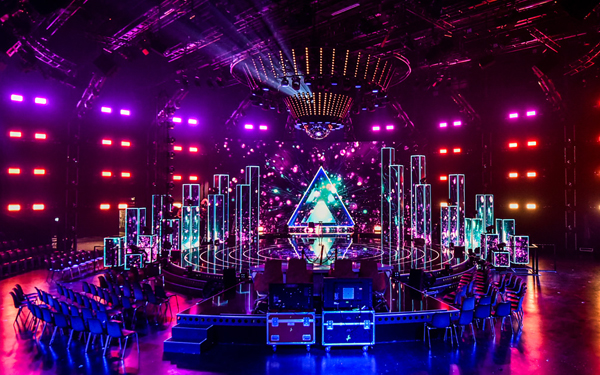 It feels like a second home for the EHRGEIZ SuperNova RGBW – the television studios in Germany.

The SuperNova RGBW is gaining more and more popularity within both show planners and lighting designers and has become an important part inside the lighting setup of the TV studios.

Therefore 100 pieces of the uUperNova RGBW were used for the setup of the latest edition of “Deutschland such den Superstar”. Already last year the fixtures were used at the live auditions of the show.

But also for many other shows the SuperNova is a fixed part of the setup. As for example the fixtures with their enormous light output and a pixel free optic were used at the Final Show of “Germanys Next Topmodel” earlier this year or at the outdoor area of the TV show “Klein gegen Groß”.

At the moment the EHRGEIZ SuperNova RGBW can be found at the late night Show by Klaas Heufer-Umlauf and later this year at the new season of “Voice of Germany”.

The wide field of functions offers a maximum of flexibility, creativity and an easy handling under all circumstances – also because of the IP65 rating and the patented eventCON system.

"We are very happy, that we were able to take care of the requirements of our customers at the development of the SuperNova RGBW and therefore created a product that is accepted and used by the users. Furthermore our customers appreciate the diversity and rare service expense of our products." says Axel Fischer, Senior Management at EHRGEIZ.